Service to Kenton County represents approximately 50 percent of TANK’s regional ridership.  The other 50 percent of service is split between Boone and Campbell Counties.

TANK’s operations are affected dramatically by factors outside its control. One of these factors is the interrelationship between gas prices and transit ridership.  Analysis shows marked increases in TANK ridership as fuel prices increase.

TANK operates more than 130 buses in the three-county region today. TANK is an important partner in the economic growth of the region and is committed to maintaining a comprehensive transportation network for the community.

POSTSCRIPT: The Story Map of which this illustration is a part may be found here. By the end of this Story Map experience, viewers will have a better understanding of TANK services, routes, and ridership across Kenton County. 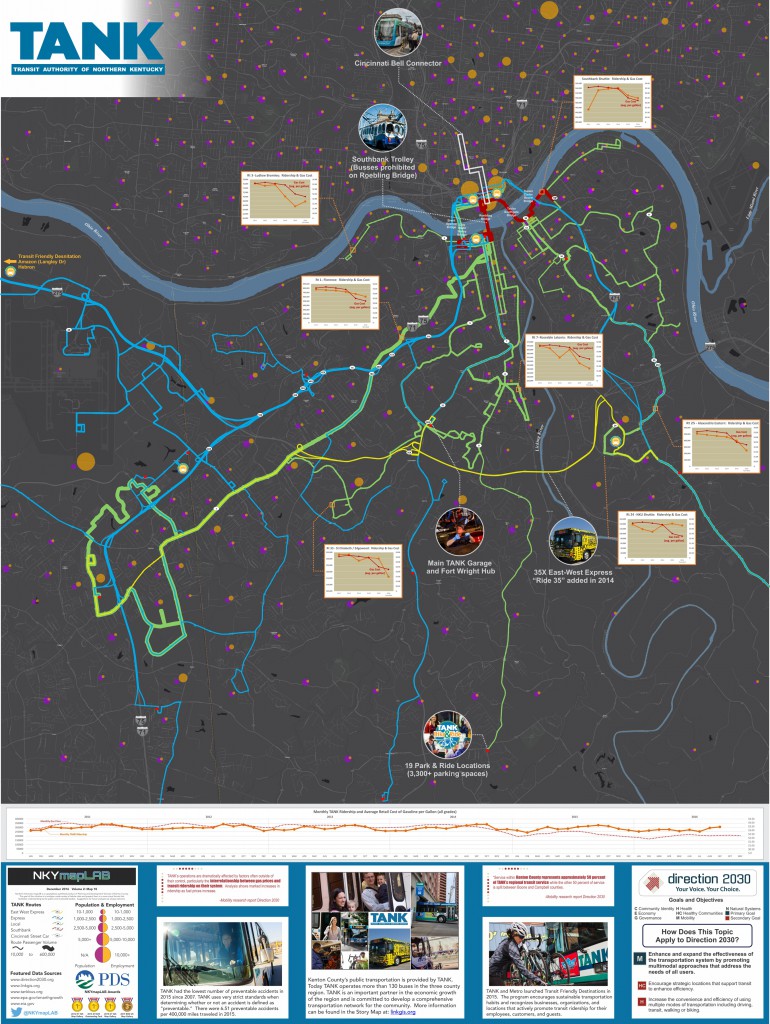 Click on the image above to view the TANK Story Map.