Article written by Trisha Brush, GISP, and Louis Hill, GISP, titled “Send Up the Drone” is featured in the November 2020 edition of ESRI’s online Newsroom, ArcWatch. 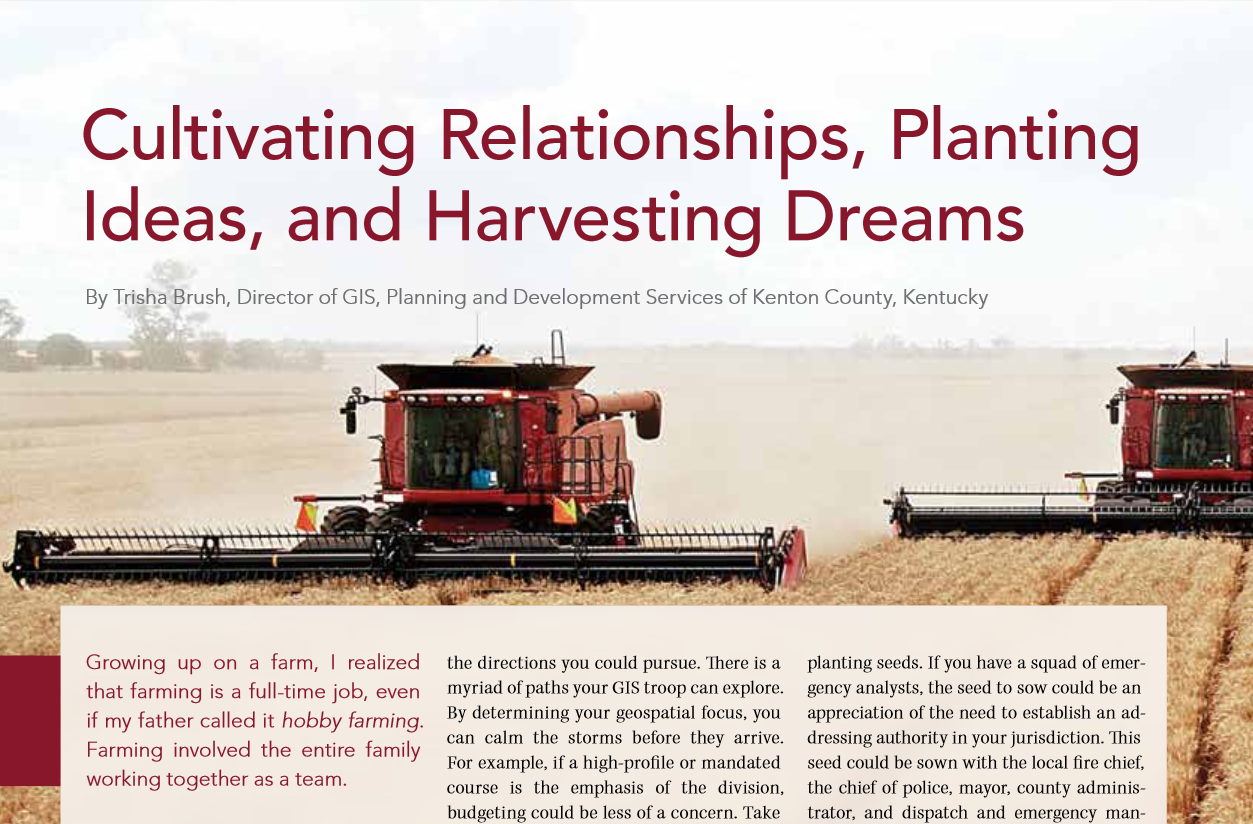 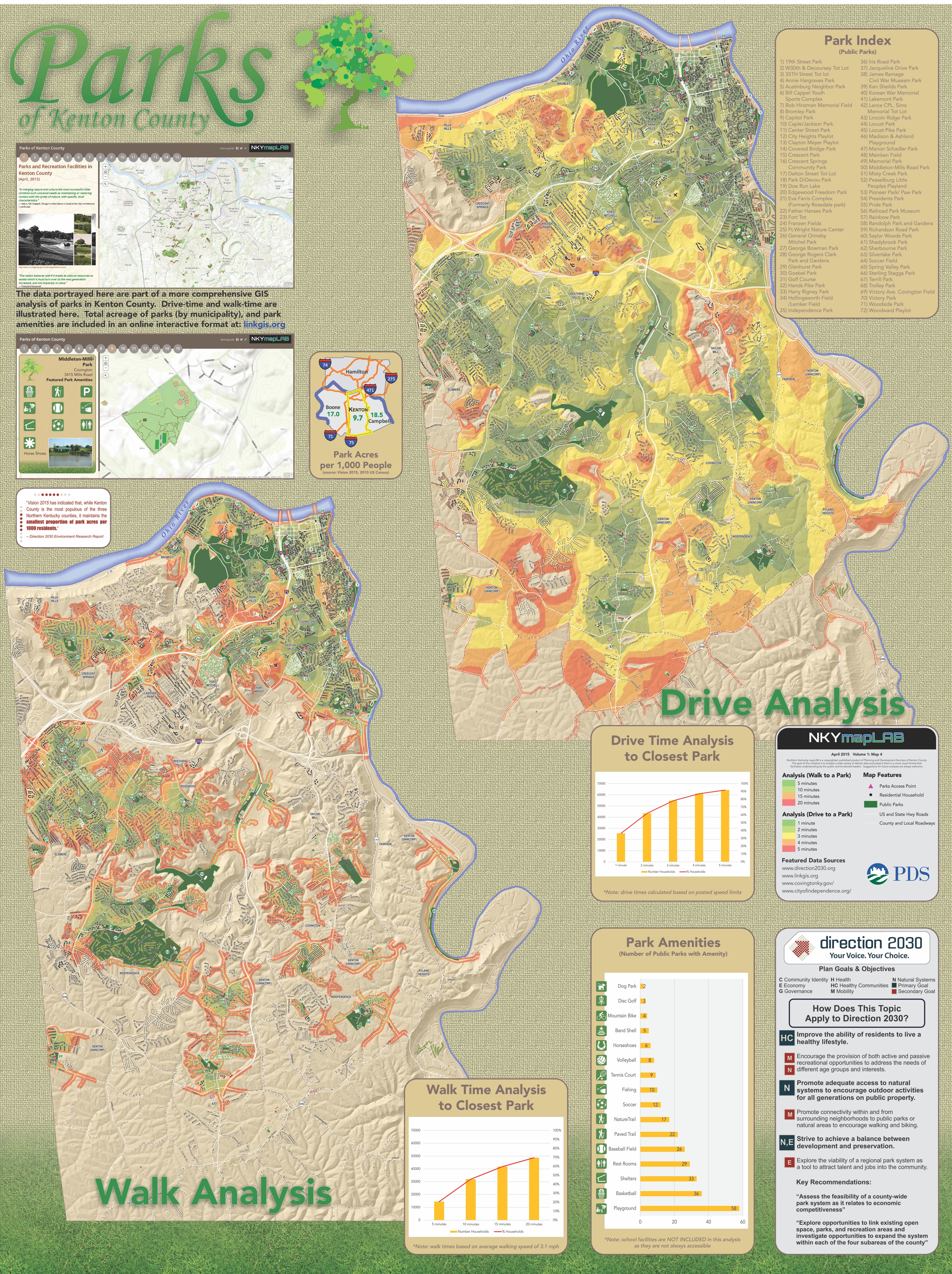 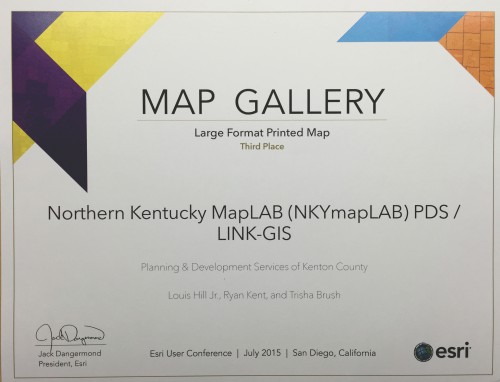 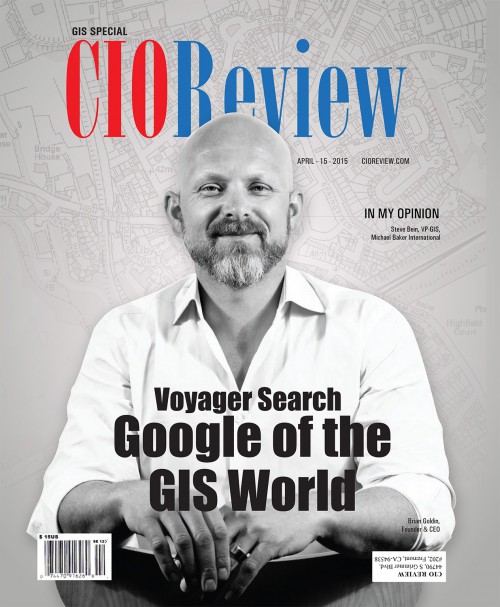 LINK-GIS wins 1st Place at the KAMP GIS Conference Map Gallery with the map “Urban Tree Canopy in the cities of Kenton County.” 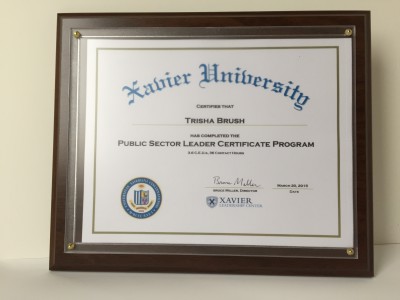 The PDS GIS department worked closely with the Homebuilders Association of Northern Kentucky (HBA) on a project to determine the number of “finished” subdivided lots in Kenton County. 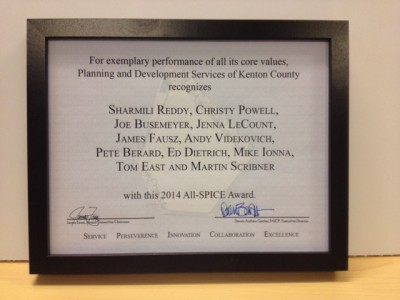 LINK-GIS staffers, Christy Powell, GISP, Joe Busemeyer, GISP and Tom East, GISP, are presented with the 2014 ALL-SPICE award for their contributions to the Kenton County 2030 Comprehensive Plan project, in conjunction with members of the PDS Planning Department. 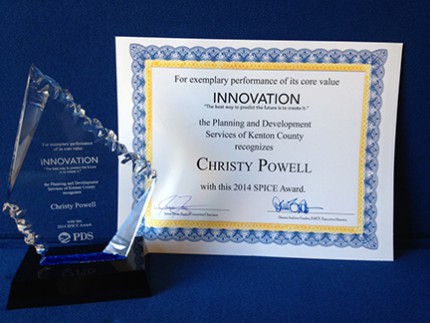 Christy Powell, GISP, receives the PDS SPICE award for Innovation for the work she did creating a bike and pedestrian count application and a building damage assessment application for emergency situations.

The Northern Kentucky Urban and Community Forestry Council was awarded a grant from the U.S. Forest Service in December 2013 to develop land classifications and forest canopy data for Kenton, Campbell, and Boone counties.

LINK-GIS staff member assist the Kenton County Clerk (Gabrielle Summe) and her team to draw and redraw voting precinct boundaries to match new legislative boundaries and to accurately detail any and all changes in accompanying reports.

Christy Powell, GISP, NKAPC’s Senior GIS Programmer creates a bike and pedestrian count application for the NKAPC Planning and Zoning Department and a building damage assessment application to be used during an emergency situation to collect information such as number of people affected, contact names, and extent of damage. 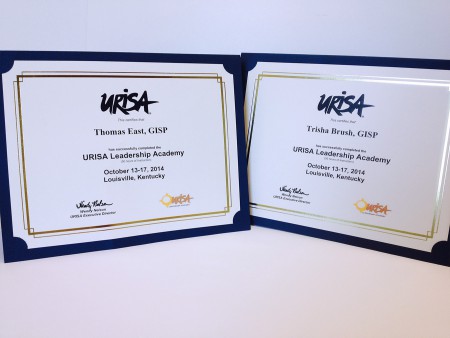 A comprehensive inventory of sidewalks in Kenton County is pursued by NKAPC staff to create documentation which can assist legislative bodies with future planning efforts.

Maps and data support for local tornadic event for building inspectors, emergency response and FEMA teams on the ground.

LINK-GIS LiDAR data is used in a Kentucky Geological Survey report on landslides in the Campbell and Kenton Counties.

SOW was created to work with the City of Elsmere for assets management inventory.

Upgrade/update LINK-GIS website map viewer for easier use and access to information with fewer clicks of the mouse. 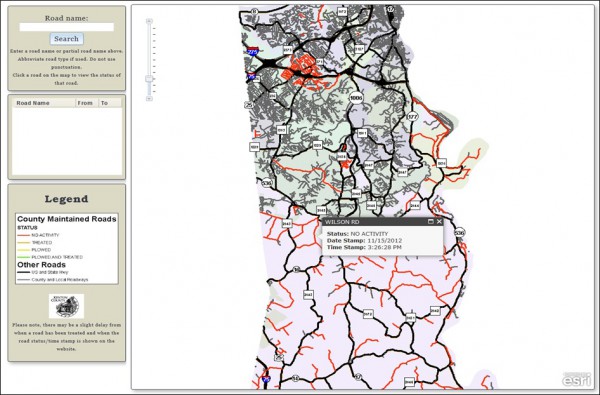 LINK-GIS staff, Christy Powell, GISP and Joe Busemeyer, GISP, develop and roll out ‘Snow Tracker’, an interactive map for Kenton County Public works to show the public what roads have been treated during a snow event.

Historic imagery slider rolls out on LINK-GIS website. Old Mylar maps back to 1962 that were scanned, geo-referenced and cached. 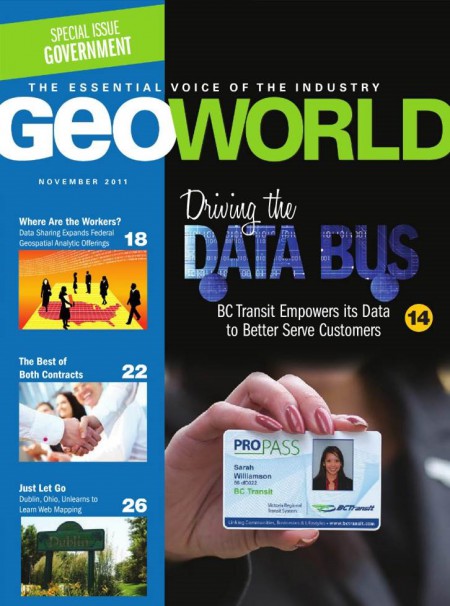 RFP issued and then negations with the Commonwealth of Kentucky contract awarded aerial photography major update project with PhotoScience, Inc. to provide new aerial photography and updated data for Campbell, Kenton and Pendleton Counties. This is the first time the digital imagery and IR technology was captured for the partnership. 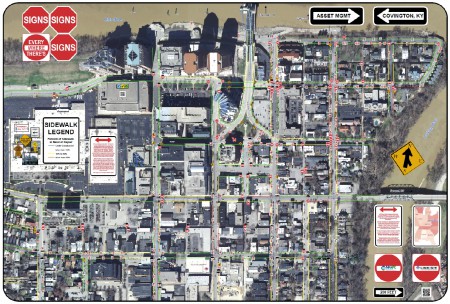 Staff provides technical assistance to local governments for 2010 US Census.

LINK-GIS relaunches website, with an updated look and feel and new mapping technology. 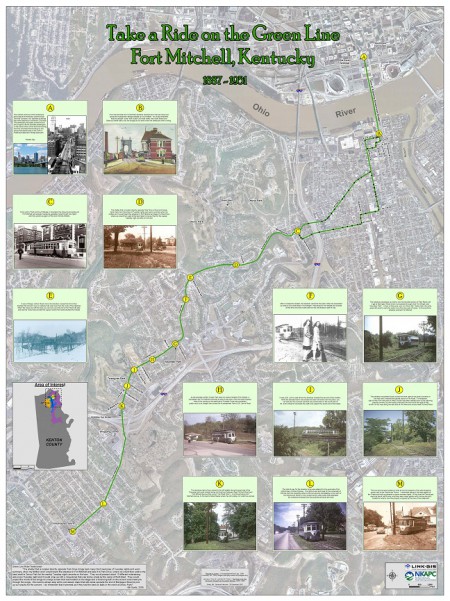 LINK-GIS staffer, Joe Busemeyer, GISP, creates a detailed map showing the history of the Green Line streetcar that ran from downtown Cincinnati to Fort Mitchell, KY. The map is featured in the opening ceremony for the ESRI International User Conference.

LINK-GIS among those invited to participate in Library of Congress preservation effort.

Launch of Crime Mapping site with Erlanger Dispatch, using real-time reporting and search capability from the police cruiser, turning each officer into a business analyst.

Launch of the WebFOCUS website to the cities under the One Stop Shop Program.

NKAPC staff works with PhotoScience, Inc. to provide new aerial photography and updated data for Campbell and Kenton Counties.  This is the first time the technology called LiDAR is used to create a 3D image of the surface instead of just a 2D image used in the past.

LINK-GIS Visioning Workshop sets stage for improvements to system.  Facilitators led participants through a celebration of what’s been accomplished collaboratively since LINK-GIS was created in 1985.

WebFOCUS pilot project completed.  This was a pilot of the reporting and mapping capabilities with the City of Fort Wright prior to the January 2007 launch for all cities participating in the One Stop Shop Program.

Staff members from the partnership present a session about three county data standards at the ESRI International User Conference.

Updated aerial photography for Kenton and Campbell Counties featuring with new roads and buildings is completed.

Staff members from the partnership are instrumental in helping found the Kentucky Association of Mapping Professionals (KAMP). Three of these staff members go on to serve on the board of directors.

The partnership along with Boone County establishes a monumentation network for the three county area.

An image from the Kenton County Comprehensive Plan Update map is featured in the opening ceremony for the ESRI International User Conference.

The partnership undertakes a major update that increases the accuracy of the data in the urban area of the county to 1″=100′. This update also provides 2′ topography and color aerial photography with 6″ resolution.

The partnership is awarded Best Map in the URISA ‘95 Project Showcase for Automated Identification of Sanitary Sewer Systems.

A map entitled “Automated Identification of Sanitary Sewer Transfer Points and Combined Sewer Overflows” is printed in the ESRI Map Book, an annual publication dedicated to acknowledging the important and innovative accomplishments of GIS users around the world.

A map entitled “GIS Applications in Northern Kentucky” is printed in the ESRI Map Book, an annual publication dedicated to acknowledging the important and innovative accomplishments of GIS users around the world.

The partnership wins ESRI’s President’s Award, an international award that is passed from year to year to the next recipient.

A map entitled “Kenton County Sanitary Sewers” is printed in the ESRI Map Book, an annual publication dedicated to acknowledging the important and innovative accomplishments of GIS users around the world.