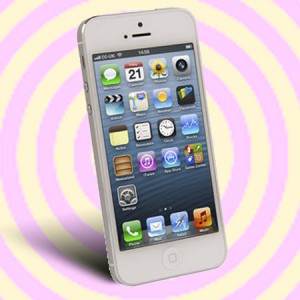 Dozens of people across Northern Kentucky use the LINK-GIS map viewer on a daily basis for business or personal applications. With the system’s new release, users can now access the viewer’s interactive maps on their mobile devices.

“I have to tell you that I don’t know that I’d be able to do half of what I do without LINK-GIS,” said Seth Cutter of the Campbell County Fiscal Court. “It’s a great resource, and the latest release is terrific!”

The road trip began with a visit to the Campbell County Fiscal Court chambers, where attendees included administrators from Campbell County Public Works, Planning and Zoning, and the Fiscal Court as well as the Cities of Alexandria and Cold Spring. Christy Powell, GISP, Senior GIS Programmer and Joe Busemeyer, GISP, Principal GIS Programmer, showcased the capabilities of the new map viewer for over two hours.

The session allowed attendees to interact with the map viewer, ask questions, and engage in conversation with the Powell and Busemeyer who developed the new map viewer.

The map viewer was received well by Luke Mantle who is director of Campbell County Public Works. “I use the map viewer eight to ten times a day.”

The road trip continued on to the City of Covington, where Powell and Busemeyer showcased the map viewer for several of Covington’s administrators—from Public Works, Urban Forestry, Zoning, and Code Enforcement. Covington officials were very excited with the new map viewer.

As Jessica Moss of the city stated, “As the City of Covington moves toward mobile implementation, the LINK-GIS map viewer has become increasingly beneficial to city workers, both out in the field and in the office.”

She added, “Recently we provided many city staff with iOS devices for work phones, and the improved JavaScript map viewer allows our employees to work more efficiently and effectively thanks to having such a great resource in the palms of their hands.”

The road trip concluded with a visit to Thomas More College. Students from ecology and environmental science attended an afternoon session showcasing the new map viewer. More than 20 students spent two hours with the developers and asked a variety of questions about data and applications.