GIS data being merged with Minecraft—yes THAT Minecraft 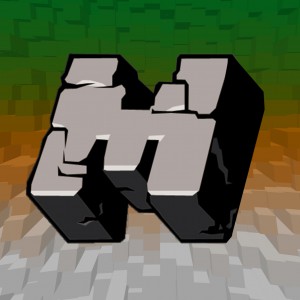 Fifty-five million people a month play the video game sensation Minecraft. Created and designed by Swedish game designer Notch Persson, and later fully developed and published by Mojang, its creative and building aspects enable players to build constructions out of textured cubes in a 3D-generated world. Soon, players will be able to use Kenton County as a base for their creative talents.

With guidance from GIS staff, Ethan Paff, a recent graduate of Scott High School and Kenton County Academies’ Bio Medical program, created a block-by-block Minecraft replica of Kenton County that will be available to the public soon.

“Ethan suggested building Kenton County in Minecraft shortly after he arrived last fall,” said Dennis Gordon, FAICP, Executive Director of PDS. “He’d spent time with our GIS staff and recognized quickly that he could create Kenton County within the digital world of Minecraft. As we discussed what benefits we’d realize from his efforts, we quickly came to the conclusion that the video game would help children understand the value of GIS.”

Gordon says it took Paff most of the school year to merge GIS data into the Minecraft realm, working several hours a week on it. He’s working part-time this summer on the project, attempting to complete the Kenton County base before he heads for Brown University this fall.

In recent years Minecraft has been used to teach children math, environmental science, and programming. Paff’s project will help the public understand how to view their county, how they can work to alter their surroundings, and how to plan better communities.

Minecraft is an open world sandbox video game where players can build, create, and change the world around them. It’s played by people of all ages with a core demographic under 21. With over 100 million registered users worldwide, it is the second bestselling video game of all time, falling behind only to Tetris.

Staff expects the full version of Minecraft/Kenton County to be released by the end of this summer. For more information on this project contact Ryan Hermann at rhermann@pdskc.org.